Characters variable values can be equal to almost any single letter, number or punctuation mark you can type with your keyboard and some special characters that you probably can’t even make using your keyboard! Here’s what we’ll be covering on this page:   If you look at the chart below you’ll see that there is a musical note and a sun. Each character has a number which equals letter, number, punctuation mark or image that is the character’s value. This number is called an ASCII value.

ASCII stands for American Standard Code for Information Interchange. Inside of Sparki’s little robotic brain all the characters get converted to the ASCII value when Sparki is doing any calculations or actions with a character. That explains why you can get the value ‘a’ by creating a character variable with the value ‘a’ or 97. Check out the chart below to get comfortable with characters before we move on.

For Sparki, characters are useful when printing text out on the LCD screen or over a Serial port.

You create a character variable by declaring it using char (almost exactly like an integer or float):
Arduino 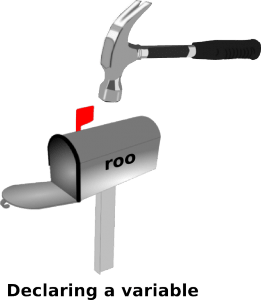 This will create a variable named “roo.” The type of this variable will be a character. Since you didn’t give the variable a value when you first created it the value of the variable is automatically ‘null’. Null is a special character that means empty. The ASCII value of ‘null’ is 0. 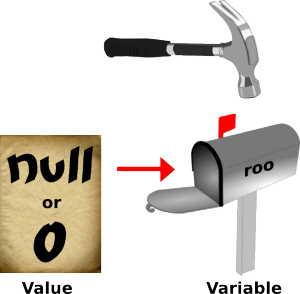 There are two different ways you can assign values to a character variable. One way uses the letters, numbers and punctuation marks that you will see on Sparki’s LCD screen, other uses the ASII values that you can find in the chart above. Here’s how you assign a value to a character variable using the first method. Notice how the ‘a’ is wrapped in single-quotes.That’s important. Double quotes do not mean a single character, they indicate a sentence or word. I’m sure you’re also familiar with the semicolon by now, it’s our ever present friend that tells Sparki the line of code is finished and ready for action.
Arduino 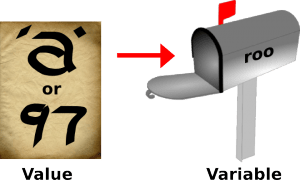 If you want to store a number or punctuation mark you’ll assign the value the same way. Make sure you always use the single quotation marks since the number 1 without the single quotes is actually a frowny face! (We’ll get into that in a moment.) Here are a couple examples-
Arduino 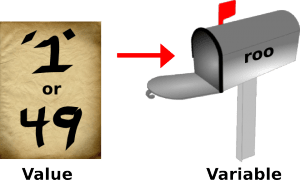 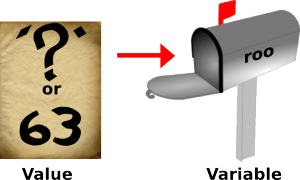 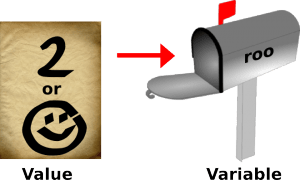 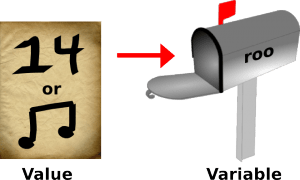 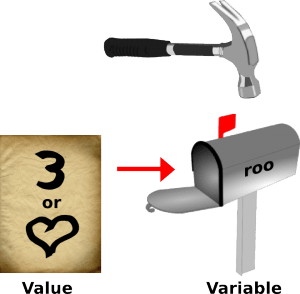 So now that you know how to create character variables and assign them values let’s learn how to use them with Sparki! You’ll learn later how to use characters during communication but for now we’re going to make them show up on the LCD screen. This is useful for sending messages, displaying data or just having fun. However, before we can display the characters on screen we’ll need to write a couple commands to make the LCD screen work.
Arduino
Let’s go over these three commands quickly so that you feel comfortable with all the code we are using. These are just the basics needed to get started with the LCD. If you want more information about the LCD screen click here. Now that you feel comfortable with the basic LCD commands let’s display some characters. We’ll be using the sparki.println( ) command to display our characters. This command simply prints whatever is inside its parentheses to the LCD screen and then goes to the next line on the LCD in case there will be more sparki.println( ) commands. Let’s use some code to scroll through all the possible character values and display their ASCII values as well-
Arduino

This is pretty straight forward code. You should see a character (the first couple are the frowny and smiley face) in the upper left corner of the LCD screen with a number below it. The number is the ASCII value of the character currently being displayed. The only tricky thing about the code above is the line of code that displays the ASCII value. Inside of the sparki.println( ) command there is “int(glop).” By writing the word “int” and placing the variable “glop” inside of parentheses after “int” we convert the value of glop to an integer. That’s why we can see the ASCII value of the character below the actual character. 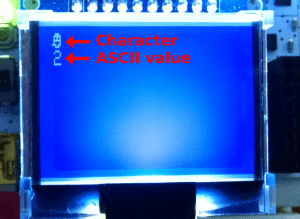 Something very strange happens when the character gets up to an ASCII value of 127, doesn’t it? That’s where our chart ends, so we might expect something to happen, but the ASCII value switches to -128 instead of 128 and starts count towards zero in the negatives! You may also notice that the characters being displayed are no longer very interesting. They’re sort of blobs or random dots for the most part. So what happened? 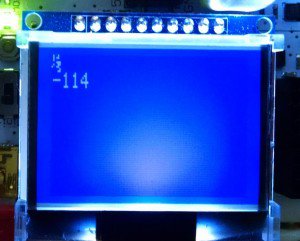 What happened is that once a variable gets to the upper limits of its memory space (the physical space on a chip that holds the variable) it wraps around to the very lowest possible value for the variable. In this case there are 128 negative values for a character, but there are no cool characters stored in these spaces so we get a bunch of junk. Weird, huh?

Because characters are integer numbers on the inside, you can add to them (or subtract, multiply or divide) to change them. Try it out:
Arduino 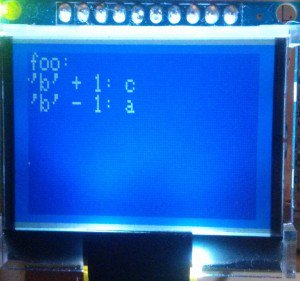 You can even try multiplying characters. Don’t worry about going above an ASCII value of 127, remember it will just wrap around into the negatives if that happens. What about dividing? Since characters are based on integers when you divide you’ll never have to worry about winding up with a decimal value that doesn’t correspond to a character. So yeah, go ahead and try it!

But characters don’t sound very useful on their own. To spell things, we need to have more than one of them in a row and there must be an easier way using a whole bunch of sparki.print( ) commands. How do we do that? With Arrays!